Dirilis Ertugrul; Why you should watch this TV show? 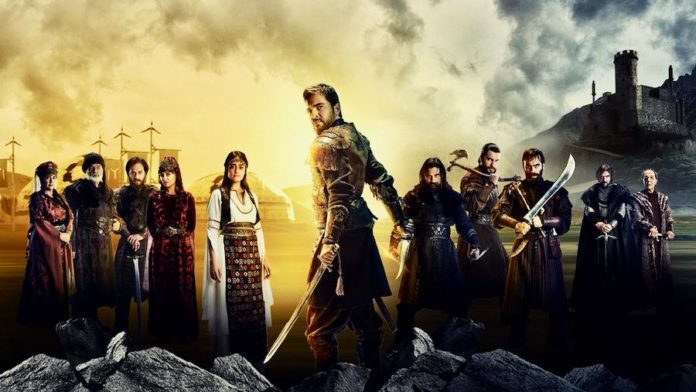 As part of the patriotic vision of the Turkish president Tayyip Erdogan, Dirilis Ertugrul is making highlights throughout the Muslim world, though, the show has been out for several years, and there are five seasons available right now. Prime Minister of the Islamic Republic of Pakistan, Mr. Imran Khan, has shown interest in translating the show in Urdu. He agrees with the vision of the Turkish president and seeks for the people to learn about one of the greatest Muslim empires.

Being named as the Islamic version of Game of Thrones, what is this Dirilis Ertugrul? Why is it giving rise to such admiration and disgust?

The Plot of Dirilis Ertugrul

Translating the name from Turkish to English, the show is called Resurrection: Ertugrul, and it is available on Netflix for quite some time. This is the story of Ertugrul Bey/ Ertugrul Ghazi, the father of Osman Bey, who was the founder of the Ottoman empire. The story takes place in the 13th century, where Ertugrul takes charge of his tribe after his father dies. It falls upon him to break through the war-torn land and help his people settle into a place they can call home. However, the medieval times were nothing except blood and steel. So, Ertugrul will have to clash with many foes, both foreign and domestic.

His quest for a homeland leads him into direct conflict with Crusader Christians, Mongols, and the biggest foe of all Love. As it is love, that is the end of all things, but you would have to watch the show to see if Ertugrul triumphs over his heart or not.

Let us talk about the man himself, Ertugrul, bey one of the bravest warriors in Turkish history. He was courageous, bold, and compassionate above all; he was a leader. This tale highlights his conquest for the people and his love for his wife, Halime Sultan. The story not only portrays Ertugrul as a strong character but also gives due credit to his wife, Halime. She is represented as a strong woman, undaunted by the dangers around her. Hence, she is a fresh change from the oppressive depiction of Muslim women in modern times.

After paying our respect to Halime Sultan as the great Ertugrul would have us do, we move on to talk more about him. Unfortunately, there are a lot of fork tales about him, and it can be hard to separate fact from fiction. Yet his bravery and leadership are unquestionable. The founder of the Ottoman Empire and his youngest son Osman Bey commemorated his legacy and minted coins with Ertugrul’s face.

Impact on our Minds

The story and struggle are shown in this series help people understand how empires are made. This will also refresh their memories as to the great history behind them, although Pakistan has its history mixed up with India for the past centuries. It took always admired the great Ottoman Empire as the center of the Islamic world. Reliving those days will help the new generations understand the importance of the Islamic Caliphate.

Regardless if you are from India, Pakistan, Iran, or Afghanistan, you can relate to Dirilis Ertugrul. As the characters portrayed in it are not just Turkish but Muslims. The sequences of prayers and Islamic advisory will help connect with the show like nothing else. That is why people from around the world are greatly admiring this show.

Unfortunately, not all countries that lived under the Ottoman Empire are accepting of its depiction. Egyptian President is disapproving of the show, and he is calling this an attempt to restart the Ottoman Empire. U.A.E has similar concerns, and they are taking vigilant steps to ensure this show does not surface in the region. It is clear that many countries have a bitter resentment of the Ottoman Empire, and they dislike it being portrayed in such a manner.

Where it adds to the negativity surrounding Dirilis Ertugrul, it also helps us understand how the Muslim world is divided. Many fears the Empire rising again, and that is why there is a debate going on about the show being misleading.

The Ottoman Empire was at the opposite end of World War 1, and hence it puts them in direct fire of the US. That is why more than the Islamic world, America has more concerns regarding the distribution of Dirilis Ertugrul. America has shown its disapproval of a Muslim Empire again and again. Nonetheless, the show is gaining a lot of popularity throughout the world, and it is inspiring Muslims. That is why Prime Minister Imran Khan demanded its release in Urdu. He wants the masses to understand the glory of the Islamic Empire. He demanded the show to be released in Ramadan. But looking at the length of this show, such a project may take a while to be released.

Irrfan Khan leaves his fans in tears, A look into his legacy

The famous Bollywood actor Irrfan Khan died after battling Neuroendocrine Tumors for the past two years. Here's what he has left for all of his fans
Read more
Lifestyle

Pakistani dramas have established themselves as a unique brand in the entertainment industry and these 10 dramas definitely contribute to this credit.
Read more