Irrfan Khan leaves his fans in tears, A look into his legacy 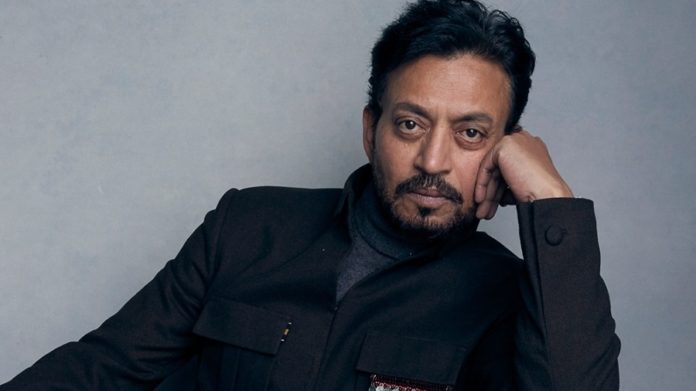 The phenomenal method actors Irrfan Khan has done his final act and left all his fans in tears. After battling with Neuroendocrine Tumors for two years and moving on with his career along the way. Irrfan Khan has given Bollywood and Hollywood some noteworthy gems. His career may have started as mediocre, but in terms of his performance, the slope goes only one way, and that is up. Many critics praise him for his consistent performance and film selections, making him one of the few actors who have never given a bad performance.

Yet, his career is filled with adventures and diversity seen very rarely in Bollywood. He stands among some of the most exceptional veterans of Indian cinema like Anupam Kher, Pankaj Kapur, Om Puri, and Piyush Mishra.

So, let us dive deeper into his career and see what made him truly great.

A career on small Screen

Irrfan Khan had spent some good decades acting in TV operas where his career took him to the fantasy setting of Chandrakanta. He spent his early years working from one series to another, making quite a resume for himself. We do not have the liberty of going through each of them, as Irrfan Khan has done a lot of work in small and big screens. His most outstanding works include “Bharat Ek Khoj, “Kahkashan”, “Tokyo Trial”, and “Banegi Apni Baat”. Moreover, we also remember him from the hit show “Mano Ya Na Mano” as he took us through some unbelievable stories.

Bollywood is where his career took a bit of a hit as his initial work was in some mediocre films. This somewhat left him with a broken heart, and he took some distance from the big screen. His initial work includes some big names like Maqbool, The Warrior, Mumbai Meri Jaan, and Apna Asmaan. His performance in each one was commendable, yet he still was not as big of a name as he was now. Irrfan Khan himself aggress that “Maqbool” was one of the highlights of his career and the film that truly brought him into the industry. He often mentioned the Irony behind the name Maqbool as it had made him Maqbool (famous).

His Career from 2000 to 2010 gave out some good movies and also gave him a chance to work in diverse projects. Movies like Chehraa, Acid Factory, Footpath, The Killer, and Kasoor gave him a lot of opportunities. Where he was a Policeman, a Gangster, a Victim, and a Killer, this is where Irrfan Khan honed his skills and was able to pinpoint the direction his career had to take. Billu Barber was one of the biggest movies he did in this decade, where he teamed up with Shahrukh Khan. The film was a massive success and was an unusual one where a superstar like SRK was working as a supporting actor.

Apart from that, this decade also saw him performing in many mediocre movies that flew under the radar. Movies like Chocolate, Right Yaaa Wrong, Krazzy 4, Hisss, and Rog. There is another that we absolutely never heard of till today called “ Dhund: The Fog”.

The decade of Irrfan Khan

Although Irrfan Khan had entered into Hollywood with movies like The Warrior, A Mighty Heart, and The Namesake, Slumdog Millionaire launched him into new heights. This helped him give out some fantastic blockbusters like The Lunch Box, Life of Pi, Jurassic World, and Amazing Spiderman. Even though the latter two had him in limited screen time. But the actor was proud of it nonetheless, as these movies were of massive proportion.

Moreover, his career in the Indian film industry was also going great with hits like Paan Singh Tomar, Piku, Madaari, and Hindi Medium. Irrfan Khan earned an appraisal for each one of these movies, and it was clear he was one a good path.

The final movie he did is Angrezi Medium, which follows the success of Hindi Medium that he did with Saba Qamar. It was during its promotion that the actor fell seriously ill and had to be rushed to the hospital. The movie came out just a week before the countrywide lockdown and thus had to postpone its screenings. Now on 29 April 2020, the actor has left the world and all his fans in deep sorrow. This Nobleman coming from a prestigious family looked to earn his own name. Therefore, he worked hard for decades, slowly making his mark in a rigorous industry.

At the end of his career, he will be remembered among the greatest actor in Indian Cinema.

Dirilis Ertugrul; Why you should watch this TV show?

Being called as the Islamic version of Game of Thrones, what is this Dirilis Ertugrul? Why is it giving rise to such admiration and disgust?
Read more
Society

How fasting in Ramadan cleanse and strengthen your body

Ramadan is not only about spiritual blessings, rather fasting helps our body go through a process of body detoxification which is very beneficial.
Read more