Not long ago, few Punjab Police officers took the initiative to overhaul the police department in Punjab by incorporating the latest technology. CCPO Lahore, Amin Wains, and DIG Operations Haider Ashraf took the initiative and introduced citizen-friendly police in Lahore. With the help of technology partners, such as the Punjab Information Technology Board (PITB), Lahore police started monitoring the city to control the crime and secure it further using the data-driven analysis. In just a few months, the results are encouraging, and the entire effort is becoming a standard operating procedure for Punjab Police.

Nearly half a year-old initiative is now spreading wings in other districts. The young officers who became a part of the initial experiment are now nurturing the brains in other cities. Haroon Joiya, the District Police Officer (DPO) of Hafizabad, feels lucky to be a part of the cadre, which designed the entire structure and laid down the foundation of a digital revolution. The very young and courageous officer is eager to infuse everything he learned to change his neighborhood’s lives.

During a brief visit to Hafizabad, Haroon shared with MORE Magazine his plans to improve the law and order situation in the district.

Although Hafizabad is just 110 KM away from Lahore, it is no different from any other underdeveloped and remote place. However, Haroon calls it an ideal station to experiment. The OPs room he has built is a mini replica of what his seniors run in Lahore. The monitoring room helps him knowing crime in the city as it happens.

Once a manual process that hardly performed, the recently digitized 15 emergency calling system smoothly handles the complaints, and crime reporting has been improved.

“15 calls originating from places like Pindi Bhattiyan or Sukhekhi would reach us through Shaikhupra. With the help of PTA, we have managed to receive 99% of the calls on our system”; Haroon briefed about the new system.

Life in a metropolitan is different from a place like Hafizabad, and so is the crime’s nature. In contrast to mobile snatching, robbery, and theft in Lahore, Hafizabad’s crime map shows illegal possessions and animal thefts as more frequent crimes.

The average time to respond to a call is 20 minutes. Unlike Lahore, the police stations in Hafizabad are distant apart due to being a remote area and having a lesser population. It sometimes takes 25 minutes to reach the location of a crime.

Admin officers are the new face of Punjab police

Haroon explains the admin officer, a subinspector in rank, is the police’s front face now. In contrast to an old-fashioned, less educated attendant (moharrar), the admin officer registers complaints and keep the complainants in the loop with every update.

Zikirya, an admin officer in one of the ten police stations in Hafizabad, describes, “I forward the application to an Investigation Officer (IO) and keep an eye on him to ensure that the investigation process remains unbiased throughout the period. The fact that someone is watching him leaves no room for him to ask for a bribe from the complainant.”

The ‘admin officer’ concept is too fascinating on the front end, but a typical police force on the backend is yet to adopt the new culture.

Zikirya feels that it may take some time to change the overall culture, which is currently damaging the institution.

Haroon believes that the admin officers are the oxygen cylinders in this new system that Punjab police have built. Although it is challenging to bring a 360-degree change amongst people sitting behind the scene, it will eventually change.

When the new batch of admin officers join the force, the earlier ones will move on to more challenging assignments. They might become the in-charge of police stations where they will do the same what I did here. This will bring a real change.” Haroon stated confidently.

Haroon secures the city with ten police stations under his command and two control offices – one in Pindi Bhattiyan and the other in Hafizabad city.

Twenty-six police vehicles with trackers and cameras send the live stream back to the control room. There is also a motorcycle squad for monitoring the streets, which are also traceable with trackers installed.

Haroon says that a DPO sitting in the office can now watch the live status of any raid. His officers are consistently sending him live updates on a WhatsApp group as well. He recalls a raid which his team conducted recently for picking a criminal. He was able to see every movement his team was making with cameras and WhatsApp updates.

His admin officers can now send him images of all the lockups to ensure police maltreat no one. Also, for 24/7 monitoring, CCTV cameras are being installed at police stations.

The entire monitoring exercise is helping police to take timely action on the complaints. From April 2016 till the first week of August 2016, some 2124 complaints have been landed in all the district police stations, including the two DPO offices. Out of them, 1310 have undergone legal action, and 556 disregarded being fake or lack of follow-ups from the complainant.

On the other hand, street monitoring has brought very encouraging results on the health of policing. Haroon gives tremendous importance to the fingerprint verification system, which matches a suspect’s fingerprints with the database of criminals Punjab police maintains.

He captured a wanted terrorist just two months ago, which also earned him applauds from the province’s top policeman. The central database possesses a record of 150,000 proclaimed offenders. The number is increasing as the digital data of more criminals is being added every day.

Haroon is very receptive and doesn’t reject anyone out of hand. He listens to the suggestions coming from his subordinates. This is why his subordinates love him and give him enough room to experiment with a few extra things.

He preferred to use an Urdu version of “Tenant Record Software” in Hafizabad for more fruitful results since his staff struggled with the original English version. His initiative has brought fruitful results in the district.

He also accepts that a CDR report meant nothing to the police officers of inspector rank. Lack of training and low interest discouraged them from understanding a suspect’s call record and its usage. “You would find an inspector carrying the printouts of CDR, but when you ask him what information it holds, a blank face of inspector would reveal the incapacity,” Haroon revealed.

At Hafizabad, we have translated this ‘unknown’ data into information and made it more human-readable, helping our teams track a suspected person more accurately. “This is our ‘home-made’ solution without PITB’s help,” Haroon claimed.

15 emergency calls make it compulsory for the response team to reach an incident’s location, but what if a complainant arrives at the police station in an emergency? What response he/she should expect? Haroon has designated a motorcycle squad comprising two constables at every police station who, upon receiving the admin officer’s direction, visit the location right away along with the complainant.

Although Haroon Joiya enjoys the comfort that technology has provided him over the months, some challenges still need attention.

What are the challenges?

It was surprising to know that even the new 15 emergency call system was getting abused at the hands of locals who, most of the time, call to tease the police or provide wrong information about a suspect.

“In my opinion, unlike metropolitans, people in this part of the country have time in abundance with few or no busy hours every day. With mobile phones in almost every hand, misreporting for the sake of fun is a menace which the police also face”, Haroon showed concerns.

“We cannot be harsh, punish them or block their mobile connections as there might be a real emergency call in future from the same number,” the DPO maintained.

Haroon believes that instead of punitive action, the only solution is to raise awareness among the public. He soon wishes to start an awareness drive among school children who can even teach their elders.

Almost 98% of the calls landing on 15 are fake, which reminds us of the statistics of Lahore, where the percentage is slightly better showing a figure of 90%.

We noticed sluggish internet speed at some police stations that was enough to sabotage the video communication between police stations and the DPO office. Despite 3G and 4G services in the country, mobile internet does not meet global standards. Getting a live stream from a remote location is still a challenge in areas like Hafizabad.

The sustainability of the system is another concern. Being one of the pioneers, Haroon believes that all stakeholders must come on board for the system to prevail in the years to come. Only mutual participation of all the stakeholders can take the system forward. There could be a legislative process to ensure its continuation further. The Inspector-General of Police (Punjab) has already directed to make OPS rooms across Punjab, and a standing order has been issued, which will remain valid for the next five years. The task has been assigned to DIG IT, who is working on it.

Despite all the positivity, the IT-based initiatives are vulnerable to both internal and external politics. The system is still in its nascent phase and may get influenced by external political manipulation in any subsequent government. Internally, the binding force is the group of a few visionary police high-ups who believe in change. How compulsory it would be for the successors only depends on how early it becomes the entire police department’s lifeline through a legislative process.

The interview was first published in More Magazine in September 2016 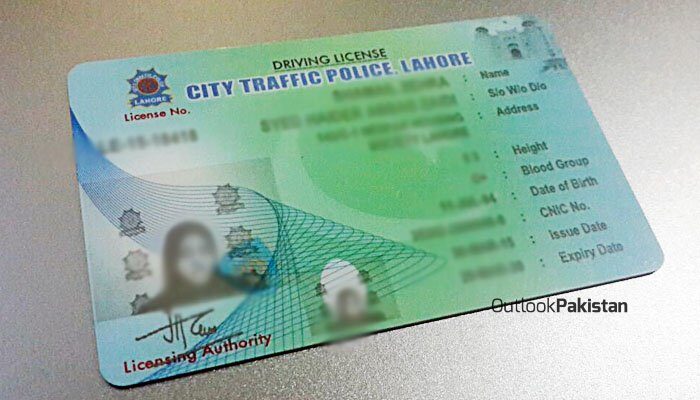